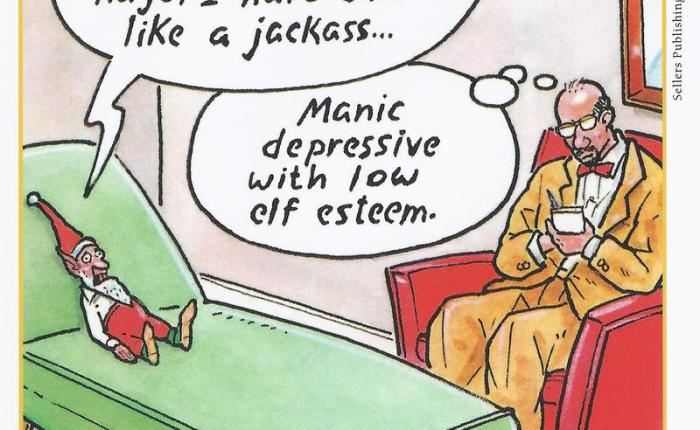 Some of the greatest minds in human history killed themselves,they either had debilitating clinical depression or felt alone and cast out because of their ideas that were ahead of their time.Men like Earnest Hemingway,one of the the best writers of our time  blew his head off with a shot gun,not forgetting one of my favorite rock singer song writers  Curt Cobain who also had a soft spot for the same powerful hand gun to punch his own ticket.Allow me to use these two icons to try and understand their state of mind at that time before lights out,broad strokes of course.

In the dead of the night when the only voices you can hear are in your head a lot can be said for the trail of thoughts,well,mostly for insomniacs and trust fund brats trying to understand why they are so blessed.Curt Cobain had a heroin problem,Hemingway is said to have lived in the bottle.The question that rises from their untimely deaths is their status,these men were great,these men were famous and successful,why the need for self sabotage?.psychiatrists speak of underlying mental trauma that is usually buried deep in the subconscious,it is either experienced physically or emotionally at some point in their lives.

Hemingway lived through two world wars,saw the gruesome realities that come with conflict,he saw his friends die and nearly died himself a couple times.Cobain got hooked on smack as he tried to balance his growing fame with his laid back soft spoken demeanor.He was always a odd ball though but listening to his music now anyone can feel his soul resonating from the tremble of his voice,he captured many hearts by letting his own bleed on guitar strings.could their fame and glory have been intertwined with their demons,?would they have been better off without the monkey on their backs?

Personally,i cannot be attributed to any great feats although i consider surviving this puss oozing knock off reality a feather on my cap.Our addiction to self gratification has reduced all of us to happy masked puppets always going with the flow.The odd ball phenomena is quickly being eliminated from our society as the entire world tries to fake it by #winning.

My ‘# not winning ‘ self gratifying remarks on social media drew the interest of a wonderful person though,someone  i had never spoken to before or met in my life.Now people will tell you that if anyone shows interest especially if its a girl,we automatically switch to our dick heads for level headed decisions and reasoning.On this encounter though this particular person who i will call “damsel to the rescue”had been following my irregular posts on life and death and every other depressing topic in between.She insisted i call her after jotting her number down.

“well i read your post and it sounds like a cry for help.Are you alone,?”at this point my dick head had pushed the matter to another  more hands on department.

“hehehehe am good,i just like contemplating life and everything,”

“How old are you?because this happens mostly to adults who are in their late twenties“She was a professional alright,

“Clinical depression,its a mental,i am a social worker,we see many cases like these but since its a sort of taboo in our African culture many people live with it,some kill themselves because of it and i was just concerned for you“she sounded really nice and i didn’t want to be a dick.

The conversation took longer than expected,it gradually moved from self hate,to religion and its place in my life and at the end to how life is simple and should be taken a day at a time.

At the end of the discussion i was happy for her,the conclusion we reached was one of positive vibes and songs of rebirth but at the back of my head(not my dick head) The old man and the sea which is one of Hemingway’s best short stories was popping up,paragraph after paragraph.The fact that a total stranger was moved  enough to try and save me from myself did not move me,of course i was grateful for her kindness and humanity but i still felt this uncontrollable urge to stay my course.

Damsel to the rescue never called me again but she did make a reasonable impact in my life.I knew then as i do now that i am not alone,many of us feel out of place,this life feels like a bad dream,some sick game we have to play for a prize we cannot hold or take home.I also know now that there is a flip side to that coin.Happiness can be realized,life can be sunshine and rainbows but all this has to come from within.I am still looking for that spark,my dick head has given me alternative choices but they are temporary and in some cases quite expensive so,no.We all have to talk about these things,especially African men,Kenyan men like myself who were taught to always be strong and unflinching in the way we expose our emotions.Until this evolution of how we show and embrace our emotions comes full circle,Nirvana will caress my ear drums as i gingerly caress my proverbial shot gun.

My dad was my hero,ever since i can remember.He was always on the move so the few moments we got with him were cherished.Those days no matter how dysfunctional a family was, respect was always upheld for the parents.He had told me that his great grand daddy was a very harsh man,he would have them picking coffee berries at the tender age of six,and supper depended on how you did every day,

‘huyo mzee hakua mchezo’ he would chime in looking nostalgic as he reminisced on the good old days.Yeah,the days of children respecting their parents to the point of fear,but then again fear has always been a great motivator.

‘did you hate him?’i asked after giving him a moment to travel back in time,

‘At that time when i was a boy, yes.I guess we all hated him.The fact that he made us work so hard made sure that we never went hungry.Back then a man’s self respect was worth everything to him and in the case of that scaly bastard,two wives and a litter of rug rats didn’t help the situation.’He finished as he looked ahead,(our little talks always happened when he was driving.)

In a nutshell my understanding of the good old days was that every man had something to push him to greatness,there was always something,maybe a father whose shoes were always too big to fill;or a maverick youth with a chip on his shoulder and ghosts to impress,the constant always remained,as a man you had to be something.

The place for the male child was always defined from birth,you were to inherit your fathers wealth and take care of his wife and your sisters until they were married off,this was the unspoken rule,this was the sacred duty for every boy who was to be a man.The past was not kind to daughters,as most were perceived to be property,only useful for the dowry they would fetch when they came of age.For the status quo this unspoken rule meant that one sex would be deemed as more valuable than the other.The girl child was disadvantaged as per how the world viewed our way of life.

Times were changing,we had to change with them.The arrogance and self entitlement of the boy child had to be checked in the new world of fairness,the girl child proved to be more disciplined and ready to learn as we were stripped of our ‘backward ways’ and given a new god to worship.We have been fumbling around in the dark ever since,one  blind man leading a horde of confused blind uneducated fools into a uncertain future.The progress for this caterpillar to morph into a butterfly has been marred by set back after set back.We gave up our fore fathers beliefs for a better world,a world where all children are equal and as per the law,require an education;a world where girls get to choose their lovers or husbands and boys can knock up any girl promise her the world and then leave in search of more sexual conquests.Its a new age of choices and privilege.

The doctrines and beliefs that held our communities together seem too far fetched to be true,we are all white people now,the caterpillar finally burst out of its cocoon and spread its wings to fly,but where to? were are we headed?

My father has long since passed,his wisdom and new age philosophies have become lost to me,just as his grandfathers became obsolete when his time came,this is a world that doesn’t wait for any man,or woman.since the unspoken rules that guided both sexes in the days of the past don’t work in this day and age we have been forced to latch onto other more sure footed peoples,the world opening up to us all like a double edge sword cutting from both sides.

I am a old dog,i neither want to learn nor require new tricks because my master knows i am a outside pet and such as that i will stick to what is familiar,that is the one life lesson for the new age young man or woman struggling to find meaning in this fast moving world.We are all lost now,in our rush to be butterflies we forgot to ask the route we are to take so we just follow other creatures who look like us hoping they know the way.There is no matriarchy anymore,this new age world hungers,for all the old ways and beliefs,every tradition that was reinforced for thousands of years is eroded,consumed and replaced by political correctness and law suits for libel cases with faceless trolls trash talking  each other on social media.We are all judges now,bound to this new connected world of fads and trending new age lifestyles that change faster than shit through a goose.

The one constant god in this time is money,the only language we all understand.Respect now is weighed by the zero’s in your bank account,our daughters and future wives have put easy wealth and comforts on their ability to keep these old men warm in their beds,young men revitalize the untamed older lionesses who stepped in to fill the leader roles our fathers couldn’t evolve to fill.We are all whores now,we crave a life long gone,a happiness we really do not deserve because we don’t sacrifice and work hard for it.The irony of it all is clear for all to see,its a woman’s world now,the strength that came with the man of the family has been abated,African men are becoming obsolete,hell am sure they are working on a synthetic sperm out there to get rid  of us completely .

Frankly speaking i don’t blame the fairer sex,i happen to think the family should be led by the woman as nature shows us time and again.some of the most successful species next to humans are led by females ie. wolves,elephants,leopards,cheetahs but naming a few .The uncertainty of this new world order has made men soft,we have been intoxicated by the thought of being pretty too.We want what the women always had,we want to be begged and courted.We want to  cry and show our emotions too,all the emotional tidbits that were subscribed for women,we want them,after all gender equality is the new way of living and everyone can be whatever they want to be.The strong spines of our fathers died with them.